Have a Question or Want a Free Market Report?

Looking for an East Boca home without the East Boca pricetag? Look no further than Spanish Village! Set on the west side of US1, between Palmetto and Glades, you’ll love having access to Mizner Park, Downtown Boca Raton shopping, parks, golfing, museums, and sites, without the prices of the Golden Triangle.

Spanish Village is a historically significant community, bordering Downtown Boca. Originally developed by Addison Mizner himself, original homes feature concrete exteriors, clay roofs, and pecky cypress doors and accents. During World War II, 7th and 8th Streets were renamed “Dog St” and “Easy St” and many of the homes were used to house officers and their families. Now a civilian neighborhood, it continues to be an important cornerstone of East Boca Raton.  While the classic homes have historical appeal, the newer homes offer expanded space, and modern conveniences. Many City services are located immediately adjacent to Spanish Village, including City Hall, the Boca Raton Community Center, Boca Skate Park, the East Boca Library, and The Tennis Center. Residents often enjoy walking to these locations, and iconic Mizner Park. There are both private and religious schools located adjacent to this neighborhood, and we’re seeing a revitalization as buyers desire an East Boca address, move, renovate, or rebuild, with significantly less cost than Boca Villas.

The Spanish Village offers many original Mizner bungalows, which start around $300,000, while newer homes fetch up to $1,000,000. Its prime East Boca location has made Spanish Village ripe for revitalization, as we expect continued growth and expansions.

And, if you haven't already, be sure to register for a free account so that you can receive email alerts whenever new Spanish Village listings come on the market. 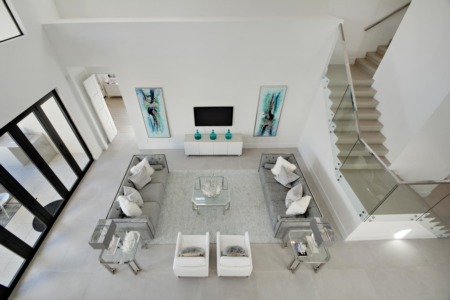 Selling Your Home
Should Your Home Be Staged?
BY Jared Niles
View All Blog Posts